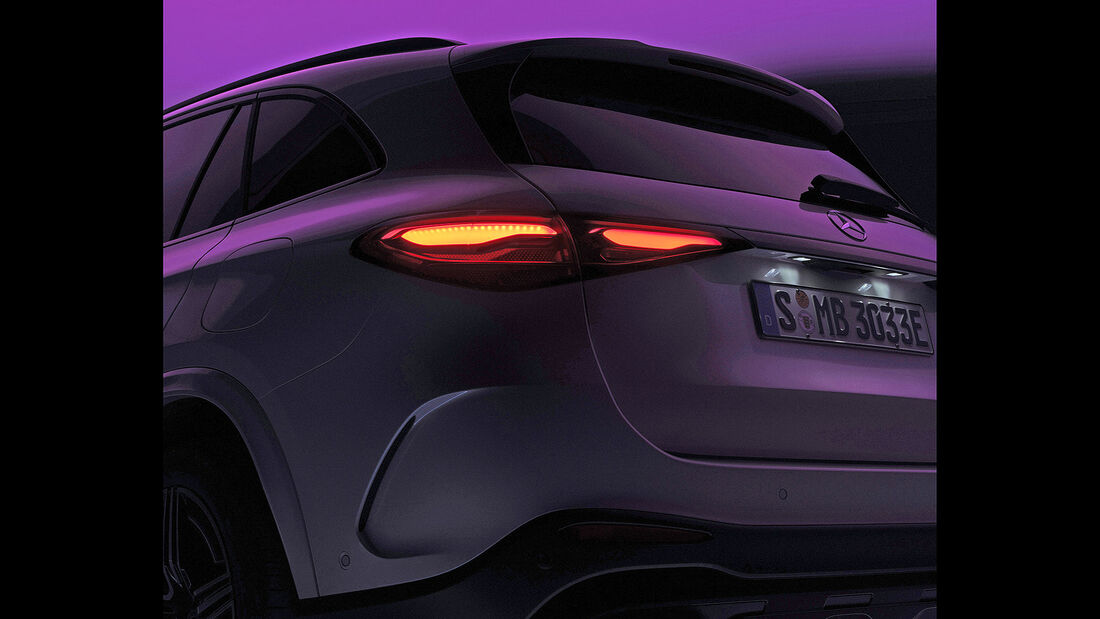 MERCEDES GLC to be launched in September 2022

In 2019, Mercedes refreshed the current Mercedes GLC with a facelift, and in May 2020, our prototype hunter saw the successor generation for the first time.

The internally christened X254 compact SUV will be presented on 1.6.2022 and delivered from September. The SUV is based on the modified MHA (Modular High Architecture) platform, which also underpinned its predecessor. The basis is closely related to the MRA2 platform (Modular Rear Architecture), on which the current C-Class (W206) is also based.

As the new pictures show, it remains true to its basic layout but will be more dynamic. In keeping with this, the front headlights are also flatter and wider, which further emphasises the dynamic appearance. The flatter bonnet also stretches longer. The new GLC will also increase its wheelbase (plus 15 mm) and overall length - by six centimetres to 4.72 metres. The increase in length will primarily benefit the luggage compartment, which will grow by 50 litres to 600 litres. Thanks to rear-axle steering of up to 4.5 degrees, the turning circle is said to be 10.8 metres.

All powertrains electrified
On the powertrain side, selected four- and six-cylinder engines from the new E-Class are likely to be used. All powertrains will be electrified. The portfolio will also include mild and plug-in hybrid concepts. There will no longer be a fuel cell version, which already died in the predecessor. At the market launch in September 2022, there will be the GLC 220 d 4-Matic with 200 hp as well as the 300 d 4-Matic with 365 hp, only later will the 163 hp diesel in the 200 d as well as the over 330 hp 400 d complete the portfolio. The petrol models will be launched with the 200 4-Matic with 204 hp and the 300 with 258 hp. The AMG versions 43 and 63 will follow later.

Previous newsLuxury e-SUV starting at around 63,000 dollars
Next newsVW: ID Life is coming as ID.2,
NEWS

Mercedes me Charge: fixed prices at 300,000 charging points in Europe

Mercedes: "More journeys than thought are possible with a purely electric drive".

Smart Electric SUV On The Road

Mercedes-Benz EQE and EQS Coming in 2022, Price and Details