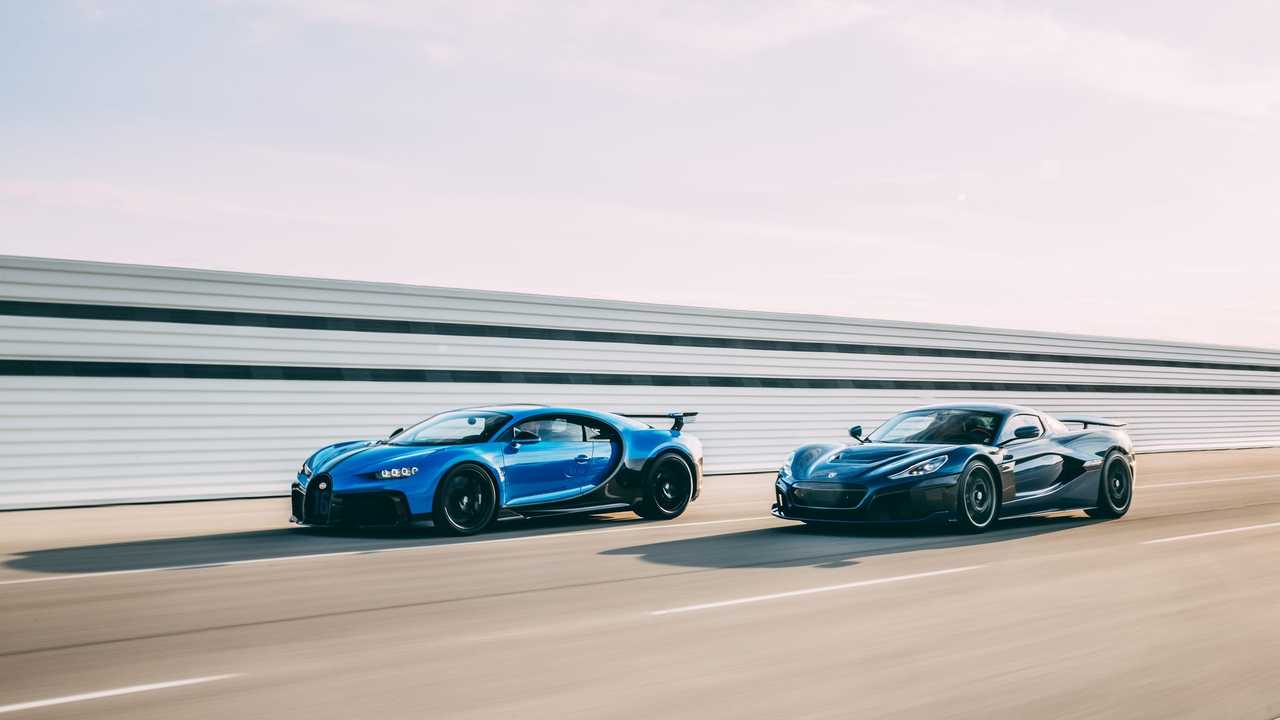 Mate Rimac, boss and founder of the electric sports car manufacturer Rimac, spoke in an interview about delays in the upcoming e-hypercar Nevera.

Rimac is struggling with the semiconductor shortage. All the more so because the company manufactures many parts itself, "including all the electronics in the car", says CEO and founder Rimac. This involves proprietary hardware as well as software, which means that "thousands and thousands of electronic components" have to be procured for each car. And that is proving to be a major challenge because of the chip shortage.

However, the vehicles are in production and the first deliveries are expected to start in the next two months. However, this is only possible because Rimac is paying much higher prices for individual components and has also changed some designs and components to compensate for the shortage of chips and processors.

Since November last year, the luxury brand Bugatti has also belonged to Rimac as part of a joint venture with Porsche, with Mate Rimac acting as CEO of Bugatti Rimac. The Croatian, who is only 34, says Bugatti's previous CEO Stephan Winkelmann "did a really good job and left a good company" to build on. Bugatti's production is sold out in advance until 2025. The brand's problem, then, is not profitability, but what to follow the nearly two-decade-old W-16 engine, an "amazing powerplant that created the hypercar business," according to Rimac.

"A Bugatti should have an internal combustion engine for some time"
"The easiest thing for us to do would be to take the Nevera and slap a Bugatti logo on it and call it a day," Rimac says in the interview with Automotive News Europe. He is fully "an electric car guy, but a Bugatti should still have an internal combustion engine for some time", he thinks. So a Bugatti developed in-house by Rimac will be "heavily electrified" but will still have "a very attractive internal combustion engine", says the CEO. Considering the brand and the customers and the available technology, he expects to develop the best possible solution for Bugatti - which, however, will not be a pure electric car. That will certainly happen at some point, but not yet with the next new vehicle.

In addition to sports cars and hypercars - about 50 Rimacs and 80 Bugattis a year - which generate "hundreds of millions in revenue", according to the CEO, the company has also set up a division for the components business. For example, batteries from Rimac can be found in supercars from Koenigsegg and Aston Martin, in small numbers of a few hundred. "Today we are working on projects where we are producing batteries in the tens of thousands and increasing that to hundreds of thousands of units per year for a major car company," Rimac says, explaining the new scale. And besides batteries, the company also manufactures drives, e-axles and infotainment systems.

Previous newsPolestar Wants to Develope a climate-neutral car
Next newsBattery replacement after warranty expiry: what it can really cost
NEWS