The BMW 3 Series Touring facelift will make the mid-size station wagon fit for the second half of its life from summer 2022. These changes await us in the interior and trunk, the (hybrid) engines, and the price.

Shortly after the sedan, the BMW 3 Series Touring facelift should also roll into dealerships in summer 2022. Outside and inside, the practical station wagon shares the subtle revisions with the notchback. True to the motto "never change a winning team", the practical car from Munich is being carefully reworked. A leaked but now-deleted image of an uncloaked pre-production car shows that the BMW kidneys are not growing visually. The headlights may get a new light signature, and the bumper comes with a new air intake design. Otherwise, the Touring remains largely true to itself. It's the same story inside: prototype images show a lot of familiar features, such as the physical rotary-push button of the iDrive system. Covered and therefore new, on the other hand, is the Curved Display, which we already know from the iX and i4 electric models. The display wall in the BMW 3 Series Touring facelift (2022) could consist of a 12.3-inch digital speedometer and a 14.9-inch touchscreen, which would also make separate buttons for climate control obsolete, for example. Also included: is the latest generation of the infotainment system. 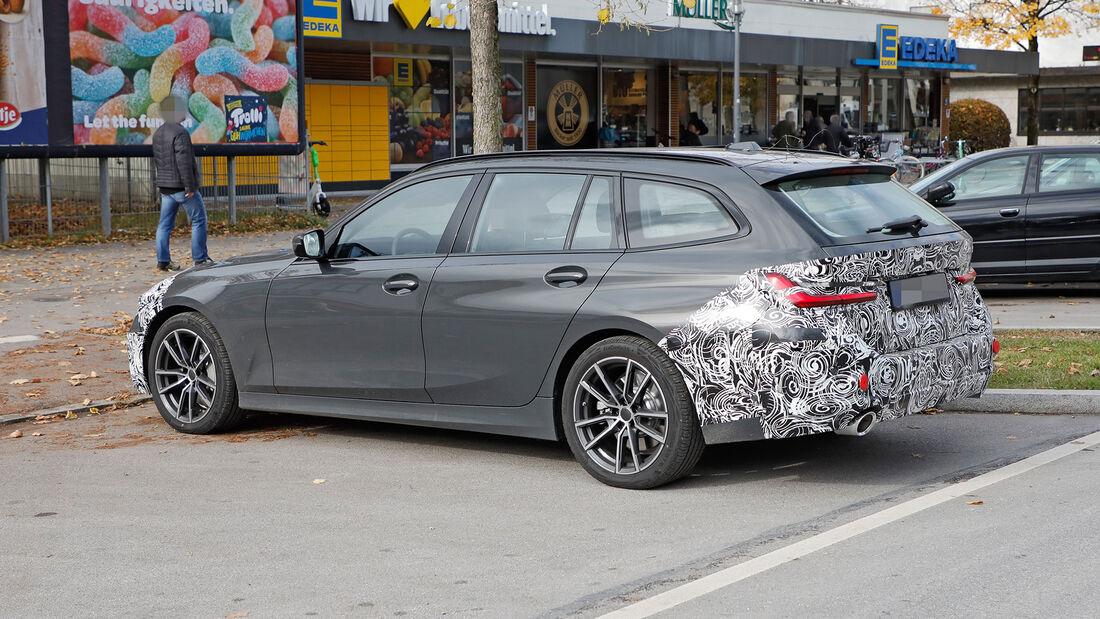