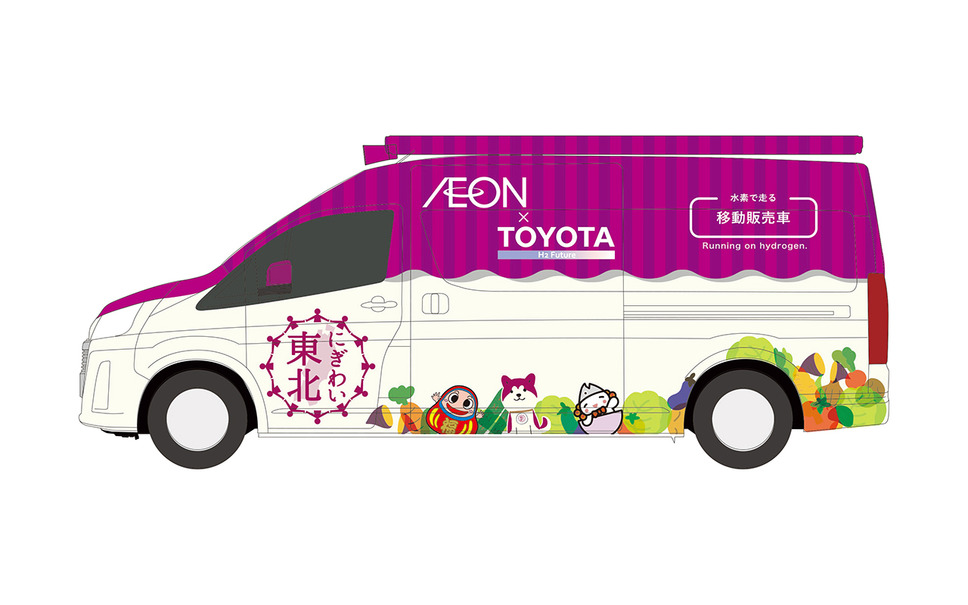 Together with the Japanese cities of Futaba and Namie and the retail group Aeon Tohoku, car manufacturer, Toyota has reached an agreement in principle to set up a mobile retail shop. The companies involved want to put the world's first fuel cell vehicle for mobile shopping into operation and thus promote reconstruction in regions affected by the consequences of the 2011 tsunami and nuclear disaster in Fukushima. The project is intended to support residents there who, even after more than ten years, still have difficulties in running errands for everyday items.

In addition, the partners involved want the project to contribute to regional sustainability and the development of a CO2-neutral society.

Aeon Tohoku expects to start operating the mobile retail shop in mid-June and hopes to speed up the lifting of evacuation orders in the cities of Futaba and Namie. As retail is an important part of a region's infrastructure, Aeon Tohoku already opened the Aeon Namie store in July 2019. In addition to the mobile offering, Aeon Tohoku aims to create spaces for services in the two cities and work to help residents return to their hometowns.

The towns of Futaba and Namie, in turn, are compiling information on areas where there is an acute need for shopping facilities. This includes inventories of existing shops as well as analyses of the age structure.

Toyota is working with various partners in Fukushima Prefecture - including the Fukushima Hydrogen Energy Research Field in Namie - to explore how hydrogen-based technologies can be implemented to build the cities of the future with hydrogen generated in Fukushima. The car manufacturer is striving for ever better and more sustainable mobility through innovative and safe technologies.

This Is What The 2022 Toyota Sequoia Could Look Like