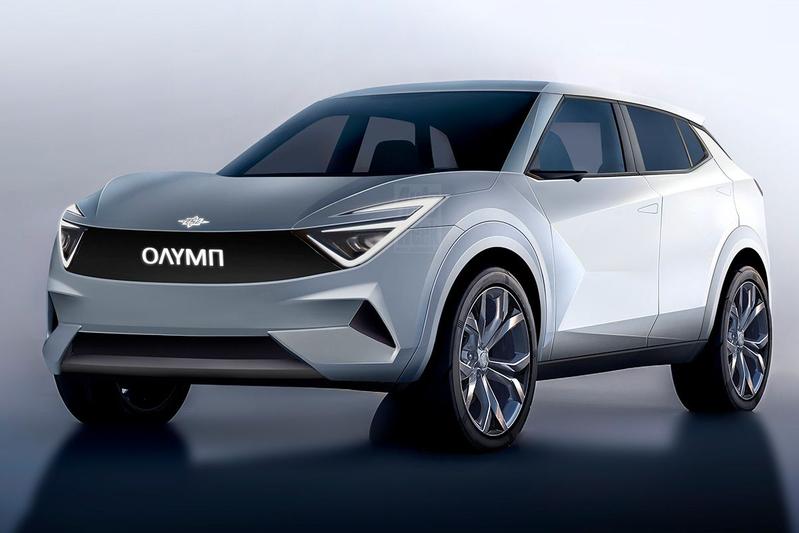 The Austrian start-up Olymp Cars plans to launch no fewer than seven new electric cars on the market next year - all of which will be given model names from Greek mythology to match the brand name. The scalable technical platform also bears a mythical name, it is named Hephaistos, after the Greek god of fire, forging and volcanoes.

Expressed in concrete data, the "forging art" of the Austrians should enable the e-cars to have a range of between 450 km and 700 km and provide an output of up to 257 kW / 350 hp, with a top speed of 160 km/h. The first vehicle planned is an electric transporter, named - how could it be otherwise? - Hermes, after the patron god of traffic, travellers, merchants and shepherds.

Other planned models are: Ares, a good 4.8-metre SUV with a range of at least 600 kilometres and a fast-charging capability from 10 to 80 per cent of battery capacity within 20 minutes. Below that, a city car called Selene is to be placed. Larger models in the works are a family van called Hera and a pickup called Artemis. The two planned mid-size and upper mid-size sedans, which will also be available as station wagons, bear the names of Athena and Apollo. They are all said to be cars with pure battery drive, later the vehicles from Olymp will also be available with hydrogen drive. So far, however, the start-up has nothing more to show than the simulation of the Ares shown in the teaser image.

Olymp is backed by two companies, abo-drive and Modern Mobility. Elias Skodras, CEO of Modern Mobility and a co-founder of the start-up, has a lot of experience in fleet management and has already worked for Volvo and Porsche. In an interview with the Kurier, he said that Olymp wants to offer its customers "above all, affordable electric cars that are manufactured with German or Austrian quality". The production of the vehicles, which Olymp claims to have developed itself, is to be carried out by contract manufacturers in Germany, Italy and Austria, while the batteries for the vehicles are to come from China, according to a recent report.

Subscription models, direct sales and leasing are planned for the distribution of the cars. Also in the works is a Second Life use of the batteries after the end of their life in the vehicle. Olymp plans to present its first vehicles in the spring, shortly after which production of the Hermes e-transporter is to start.

Previous newsRenault boss points to "very strong potential" of autonomous e-car unit
Next newsEurope: Small electric cars will set off for 10% of sales in 2022
NEWS